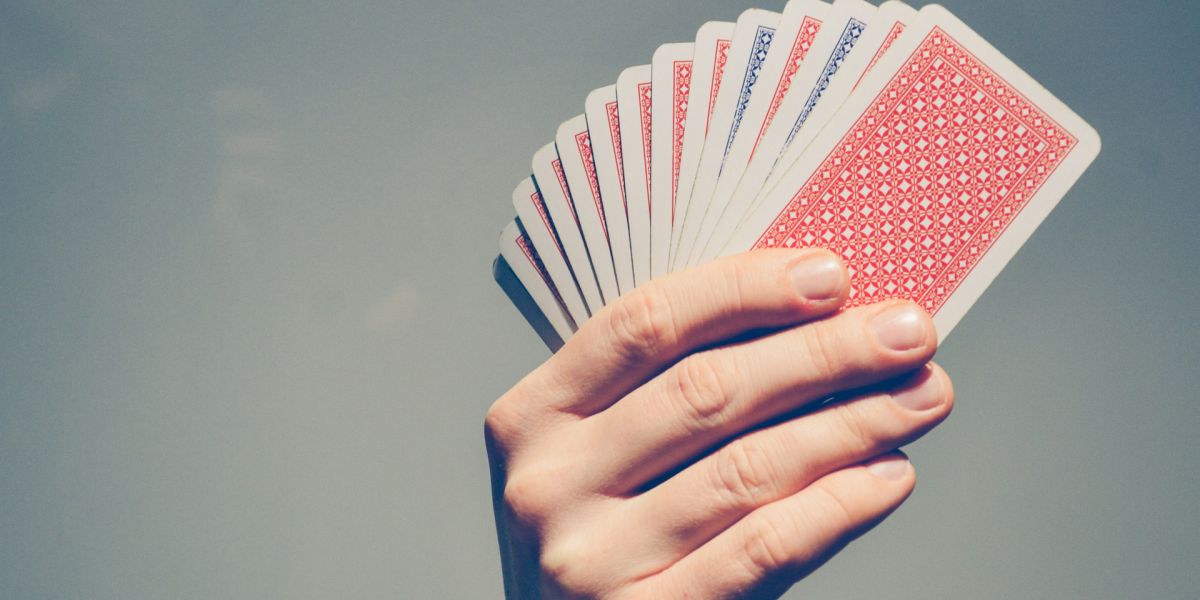 One thing that we can not guarantee on your Caravan Holidays in Wales is the British weather! So if you’re confined to the caravan here are our top 3 card games to keep you and the whole family entertained while it pours.

Rummy is a traditional card game with many variations (also known as Regular Rummy, Straight Rummy or Standard Rummy etc) and remains one of the most popular card games and a great one to play with all the family on your caravan sites in Wales.

The object of the game is to get rid of all the cards in your hand. There are three ways to get rid of cards: combinations, laying off, and discarding.

Play Each turn consists of the following parts:

Taking one card from either the top of the Stock pile or the top card on the discard pile, and adding it to your hand. The discard pile is face up, so you can see in advance what you are getting. The stock is face down, so if you choose to draw from the stock you do not see the card until after you have committed yourself to take it. If you draw from the stock, you add the card to your hand without showing it to the other players. If you have a valid group or sequence in your hand, you may put it down face up in front of you. Although this is not compulsory Laying off. This is also optional. If you wish, you may add cards to groups or sequences previously melded by yourself or others. There is no limit to the number of cards a player may lay off in one turn. At the end of your turn, one card must be discarded from your hand and placed on top of the discard pile face up. If the stock pile has run out and the next player does not want to take the discard, the discard pile is turned over, without shuffling, to form a new stock, and play continues. A player wins an individual hand by getting rid all of his or her cards and there is nothing in the stock pile and all play stops.

When a player goes out, the other players add up the value of all the cards still remaining in their hands, as follows:

The game continues with further deals until a player reaches the points target that was decided before the game began, or until the agreed number of deals has been played.

Cheat is one of those games to get everyone in the holiday mood. Fun, quick and very, very loud.

The object of the game is rid get rid of all your cards.

All the cards are dealt out - some players may have more cards than the others. On the table is a discard pile, which starts empty.

Play Each turn consists of:

Discarding one or more cards face down on the pile, and calling out their rank and the number of cards they are placing down. The first player must discard Aces, the second must discard Two’s, next player three’s, and so on up to kings, then back to Aces. As the cards are discarded face down means that you may actually discard any card or a mixture of cards. Any player can challenge what another player puts down by calling "Cheat!". Then the cards played by the challenged player are turned over and one of two things happens:

Play continues in normal rotation after the challenge has been resolved: the player to the left of the one who was challenged plays and calls the next rank in sequence.

The first player to get rid of all their cards and survive any challenge resulting from their final play wins the game. If you play your last remaining card(s), but someone challenges you and the cards you played are not what you called, you pick up the pile and play continues.

Spoons is a clever card game and is perfect for a family holiday parks in Cornwall or Wales as it can be played by children and adults together. Other names for this game are Pig and Tongue and have slight variations.

Players & Deck - 3 to 13 players. Best with 6 to 13 players and uses a standard deck of 52 cards. To play the Spoons version, you also need one spoon for each player except one. E.g. If there are 6 players then you need 5 spoons For Pig and Tongue, no extra equipment is needed.

The object of the game is to be the first to collect four cards of the same rank. If an opponent beats you to that goal, to not be the last to realize it. For each player in the game, you need four cards of the same rank from the deck. For example, with 5 players you could use the Aces, 2s, 3s, 4s and 5s. The cards are shuffled and each player is dealt four cards. The spoons are placed in the middle of the table so that every player can reach them.

Play Each turn consists of:

Players simultaneously choose one card from their hands, pass that card to the opponent on their left, and pick up the card they've received from the opponent on their right. Each player can never have more than four cards in his hand, so it's illegal for a player to pick up a new card before passing one to the left.

When a player collects four of a kind, they do one of the following actions, depending on which version of the game is being played:

When one player does this, everyone else must do likewise as quickly as possible (the game can continue while this is happening). The last player to grab a spoon, touch their nose, or stick out a tongue is the loser. The last player to grab a spoon, touch his nose, or stick out his tongue is the loser and is eliminated from the game. Remove a set of four cards from the deck and play another round. The final two players in the game are co-winners.

Why stay with Vale?